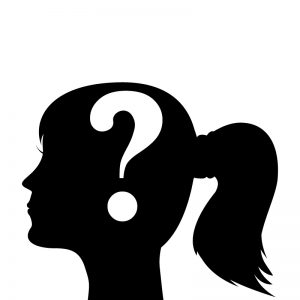 PMDD is known as the extreme sister of PMS. What exactly causes this syndrome is unclear. But the consequences are drastic.

It’s estimated that between 3 to 8% of all menstruating women suffer from premenstrual dysphoric disorder (PMDD). Just like the more common PMS (premenstrual syndrome), symptoms appear in the week before the menstruation and lessen when the bleeding starts.

All in the mind?

The symptoms are severe: depression, irritability, fear, panic attacks, mood swings, anger, trouble sleeping, crying spells, all kinds of physical discomfort, and even suicidal thoughts. No wonder that women who suffer from it are sometimes misdiagnosed as having a bipolar disorder. However, the US-based Gia Allemand Foundation (formerly called the National Association for Premenstrual Dysphoric Disorder (NAPMDD) states PMDD is directly connected to a woman’s menstrual cycle. So no, it’s not ‘all in your mind’.

Why does it bother one woman and not the other? We don’t know that yet. It’s hard to diagnose quickly and there’s no adequate treatment. Some women suffer so much that they choose to have their ovaries removed. More research is urgently needed. The not-for-profit International Association For Premenstrual Disorders (the former Gia Allemand Foundation) is helping women with PMDD by providing information, support and resources (such as a symptom tracker).

See also:
Me v PMDD: tracking saved my life
That’s why it hurts
Could I have a bleeding disorder?
Menstrual migraine: no figment of your imagination
It’s not my period, it’s PMS