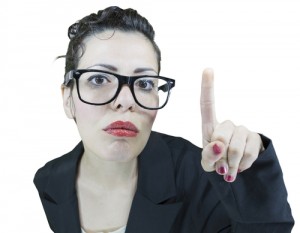 It’s women who have it every month. But should men also be educated about periods?

Men who believe your stomach turns into a washing machine, men who think sanitary towels should be inserted into the vagina and men who are baffled when discovering that the average woman loses between 4 and 12 tablespoons of blood. There are a lot of things guys don’t know about periods. Fair enough, as they’ve never had one. But some men never even have been taught what happens during a menstrual cycle. So should that change?

How can anyone bleed for 5 days without dying?

In most western countries (such as America and the UK) education about menstruation is given only to girls. The natural result of this? Boys don’t understand periods and think this monthly bleeding is weird. They grow up into men who still don’t understand it and therefore make sarcastic comments when a woman appears angry or stressed: ‘Whoo, what a bitch, she’s probably on her period!’ This all happens in a culture where menstruating women are still considered as gross and yucky.

Yes, you can have sex while menstruating!

The best way to get rid of shame and taboo is by education. So yes, let’s talk about periods in school, and include the boys. Menstruation is a natural thing, it’s part of life. With proper education boys might even be interested in the fact that mood swings can be caused by hormonal changes and fluctuations in the oestrogen level. Guys might actually be comforted by knowing that when a girl has her period, cuddling her doesn’t mean you’ll get covered in blood. And a lot of men are probably very happy to learn it’s entirely possible to have sex during menstruation.

Bring on the chocolate!

As for us women, wouldn’t it be nice if instead of just saying ‘oh, is it that PMS-ey time of the month again?’, the next time he’d offer you a hot water bottle and a huge bar of chocolate when you’ve got cramps?

More:
Gender-neutral menstruating?
Men-struation? (2)
Periods in prison
Houston, we have a problem