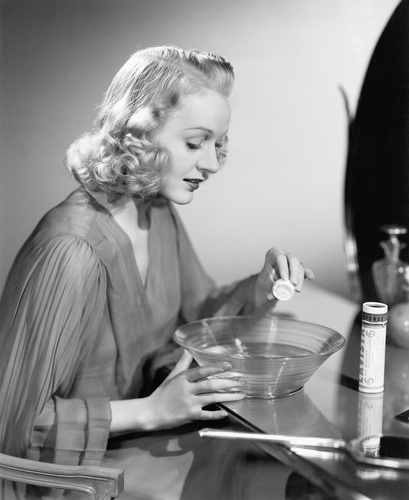 Nowadays you’d take a painkiller or just crawl into bed with a hot water bottle. In the past though, there were some rather strange remedies against period pain. See five of them below, but don’t try them at home. No, really, don’t. If you’re suffering from menstrual cramps, you’re better off following these eight tips. 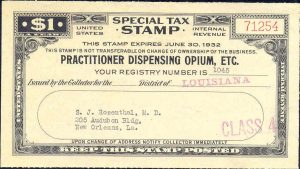 1. Soak a tampon in opium

In the 19th century, opium was a popular and regularly prescribed painkiller. Hence why middle and upper class women would insert an opium-soaked tampon to stop their menstrual cramps. Apart from opium, for pain relief, these tampons would also be soaked in belladonna, which would dilate and relax the vagina. Want to see them for yourself? Visit the New Orleans Pharmacy Museum in the USA which has a box of these tampons on display.

The practice of drenching a tampon in opium has actually been around for ages. The Hippocratic Oath and the Ethics of Medicine reveals that in ancient Greece ‘wool tampons soaked in a variety of substances, including: opium, poppies, bitter almond oil, boiled honey, sea onion, ox marrow, goose fat, rose oil’ etc. etc. were used. These vaginal pessaries weren’t meant for menstrual pain relief though. They were mainly used as birth control, to administer medication or to cause abortion.

Women’s ailments of course need special women’s potions. And who could better understand female complaints than a female herself? That was the thought behind Lydia Pinkham’s Vegetable Compound. First marketed in the USA in 1875, this herbal medicine was made by a woman called Lydia Pinkham (hence the name) for women who were suffering menstrual discomfort and menopausal symptoms.

Pinkham originally made the tonic on her kitchen stove. Production soon transferred to a factory though and advertising expanded to claiming Lydia Pinkham’s Vegetable Compound could cure ‘any female complaint’. It would assist with conception, lower the risk of miscarriage, and even treat kidney and ovarian diseases. The ingredients of this special women’s potion? Alcohol (the original recipe contained a whopping 18% alcohol), black cohosh, life root, unicorn root, pleurisy root and fenugreek seed.

Another popular period pain medicine in the 19th century was Humphreys’ Homeopathic No.31. In 1853, Frederick K. Humphreys created a variety of medications called Humphreys’ Homeopathic Specifics. These could cure everything from fever, congestion and inflammations (No. 1) to chronic congestions and headaches (No.35). Number 31 would help with painful menses and pruritis (itchy skin).

‘When the pain comes on, give six pellets of Specific No. 31 every hour, and continue their use until relieved’. That soon adds up: to 72 pills a day and 360 if the cramps last five days. However, according to Humphreys, generally a few doses would be enough. Women suffering from an ‘attack of cramps, spasms or hysteria’ should take ‘six pills of Specific No. 31 every hour until relieved, and then one dose at night to prevent a return’. You can see this mediscine in the Museum of Health Care in Kingston, Canada. 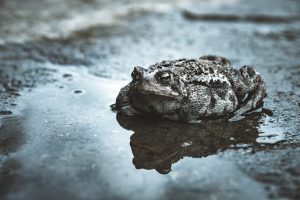 Yes, you read that right. In the Middle Ages, European women who were suffering from severe period pain had to somehow find a toad. They’d then dry it or burn the poor animal in a pot and put its ashes in a pouch which they’d strap close to their vagina. This wouldn’t just ease the pain, it’d also help against heavy flow. No worries if you couldn’t manage to get a toad; a frog would do fine as well. 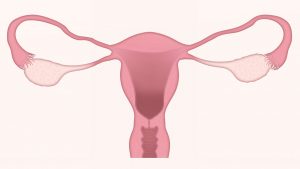 What to do when your female organs give you trouble every month? Just get rid of them. At least that’s what some doctors in the early Victorian period were thinking. Women who complained of terrible menstrual cramps during the 19th century were sometimes given the option of having their ovaries surgically removed. Nowadays this is mostly done to prevent ovarian cancer, but when ovariotomy, as it was called back then, was introduced, it was seen as a solution for dysmenorrhoea and ‘menstrual epilepsy’, a condition thought to originate from ovarian pain during the menstruation. The American gynaecologist Robert Battey (1828–1895) even called this procedure ‘normal ovariotomy’ to indicate the removal of non‐cystic ovaries. A rather rigorous solution…